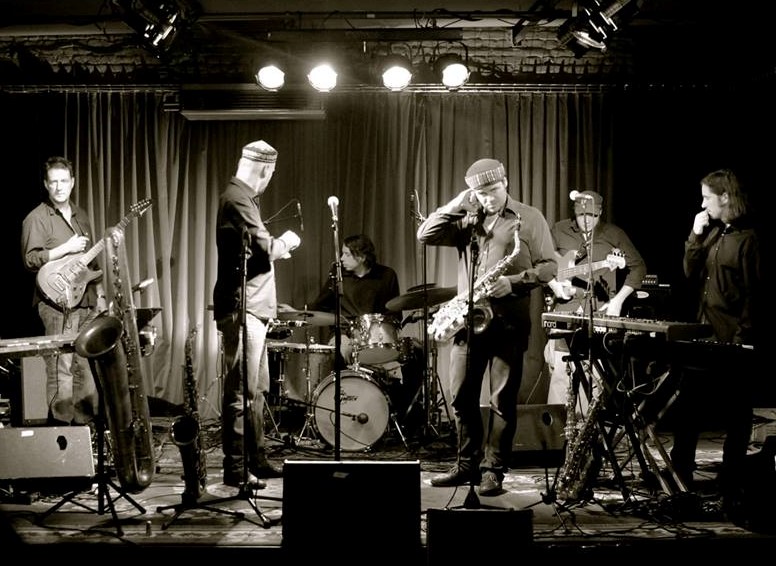 UK magazine Jazzwise has described Belgian sextet The Wrong Object as “adept at mixing Canterbury styled prog rock with Zappa-esque jazz fusion and Frippertronics to produce a beat that has elements of the past and the future thundering through it. [Their music] cleverly fuses all of these various musical elements together, expertly twisting various world music styles into the mix to produce a varied and unpredictable set of original material.”

With their new release, Into The Herd (Off/MoonJune) , The Wrong Object make a return to center stage, with a studio album of original compositions showcasing a variety of fresh, powerful material. After 15 years of an existence marked by extensive touring, recording and numerous collaborations with international jazz and rock luminaries (Elton Dean, Harry Beckett, Annie Whitehead, Alex Maguire, Stanley Jason Zappa, Ed Mann, Robin Verheyen), The Wrong Object ventures further into hybrid musical territories, pushing the boundaries of progressive jazz, rock and contemporary music. Perhaps the influence of the late Frank Zappa has never been more apparent. The songs continually weave, duck, dart, and ‘stop on a dime’; while exhibiting the “controlled reckless abandon” and a similar zany, humorous approach to both harmony and melodic/thematic motifs, akin to that which characterized his work. This is a herculean effort; one that goes a long way in filling the very noticeable long-standing void left in the wake of Zappa’s departure.