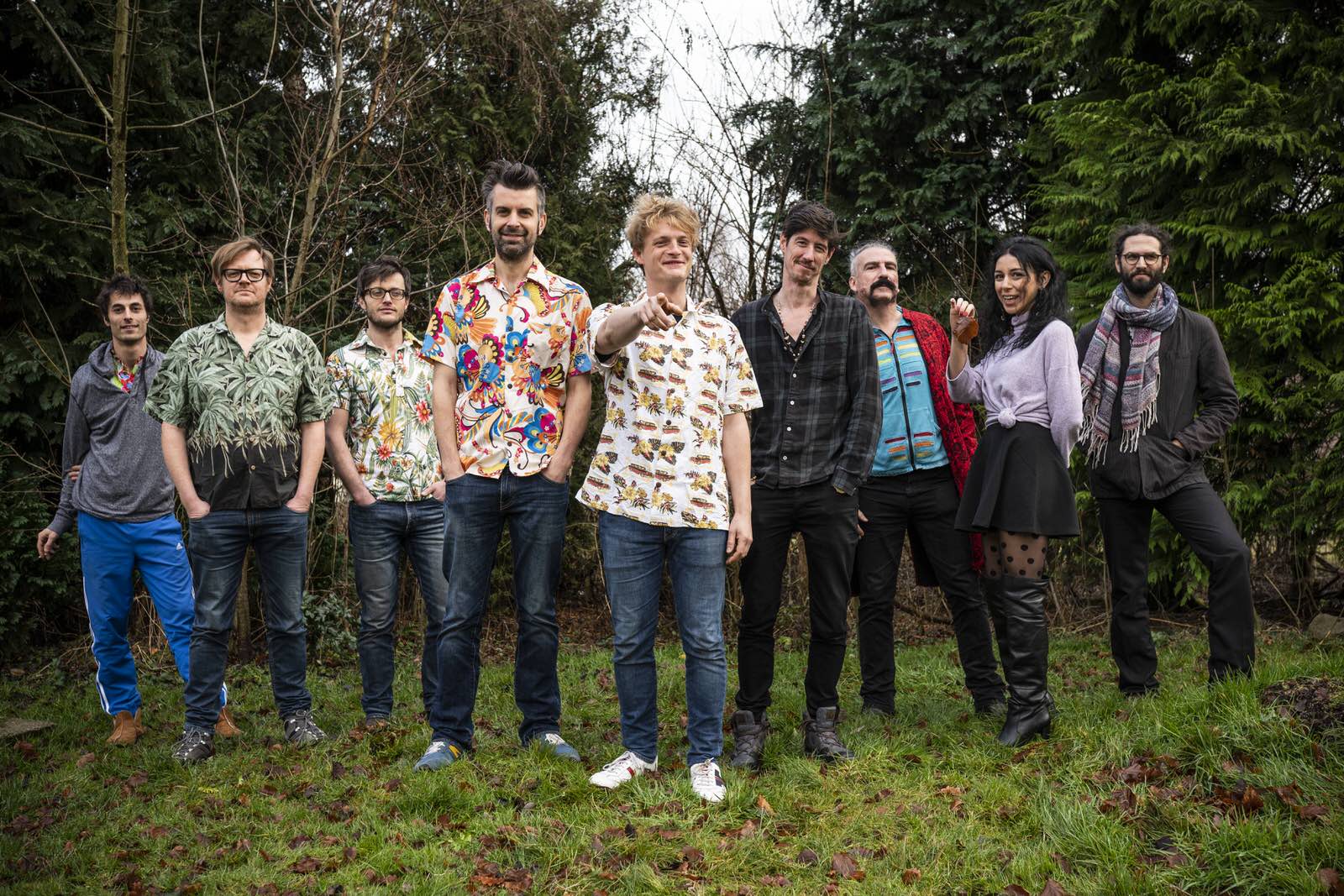 Belgian psychedelic jazz collective Compro Oro are pleased to announce a new collaboration with Murat Ertel, co-founder and frontman of Istanbul’s cult psychedelic folk band BaBa ZuLa and his singer partner Esma Ertel. Compro Oro’s introduction to Turkish psychedelics came off the back of a live performance between guitarist Bart Vervaeck and Murat Ertel at Istanbul Express in 2016. Connecting both musically and spiritually, they headed into the studio and under the watchful eye of producer and multi-instrumentalist Dijf Sanders. Compro Oro and Murat recorded several tracks during an intense recording session that would make up ‘Simurg’.

Compro Oro released their debut album ‘Transatlantic’ in 2015, an ode to jazz vibraphonist Cal Tjader. The release was lauded in the press as a drunken mix of Buena Vista Social Club and guitarist Marc Ribot’s Cubanos Postizos. In 2017, they released ‘Bombarda’, a bold EP that sailed South and East of Cuba, incorporating different ethnic rhythms and melodies in elaborate jams while ‘Suburban Exotica’, released in 2019, and received critical acclaim far and wide.

Musician Murat Ertel is best known as the king of Turkish psychedelic music and a leading figure on the alternative scene in his hometown of Istanbul. His band BaBa Zula fuse traditional Turkish rhythms and melodies as a basis and intersperses this tradition with contemporary elements and sounds drawn from dub, electronics and psychedelic rock. Esma has performed around the world and adds magical vocals to ‘Simurg’.